For those of you that know Dr. Hartman, you may know that she has a passion for ferrets.  She has owned 7 of them through her lifetime, and loves seeing them here at the clinic.  Recently, Dr. Hartman was in Colorado visiting family and she was lucky enough to get to meet Louise, a black footed ferret in the recovery program out there.

Black footed ferrets are part of the mustelid family just like our pet ferrets, but they are native to North America whereas our pet ferrets are domesticated descendants of the European polecat.  Black footed ferrets were believed to be extinct in the late 1970s/early 1980s, until a dog named Shep killed one in Meeteetse, Wyoming in September 1981.  This lead to a recovery effort where 18 ferrets were brought into captivity to help repopulate the species.  Of these 18, 6 died, leaving 12 animals left to save to species.

The Rocky Mountain Arsenal National  Wildlife Refuge is one of the locations involved in this recovery program.  They have released 30 some ferrets into the 25 square mile preserve with hopes to release more in the future.  Louise is one of their retired breeding ferrets and now serves as an ambassador for education in their exhibit on black footed ferrets.  She had 5 litters through her breeding years, for a total of 12 kits (babies).  In the wild, black footed ferrets live an average of 3 years, but in captivity can live up to around 10 years in captivity.  Dr. Hartman was beyond thrilled to get to meet Louise! 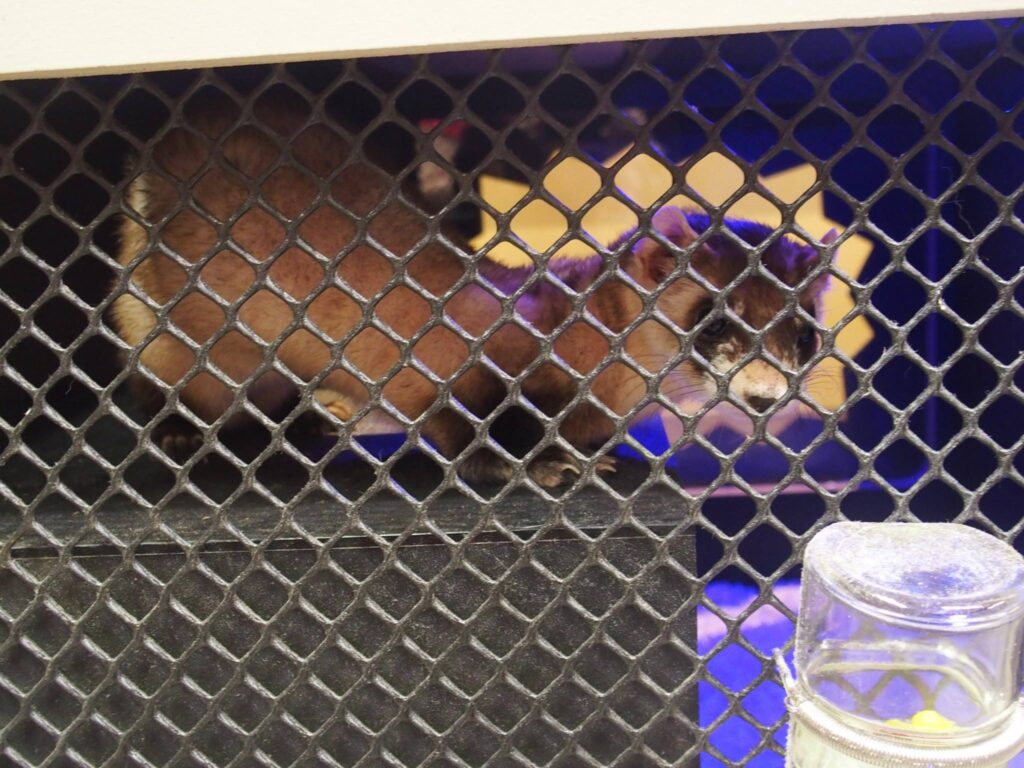 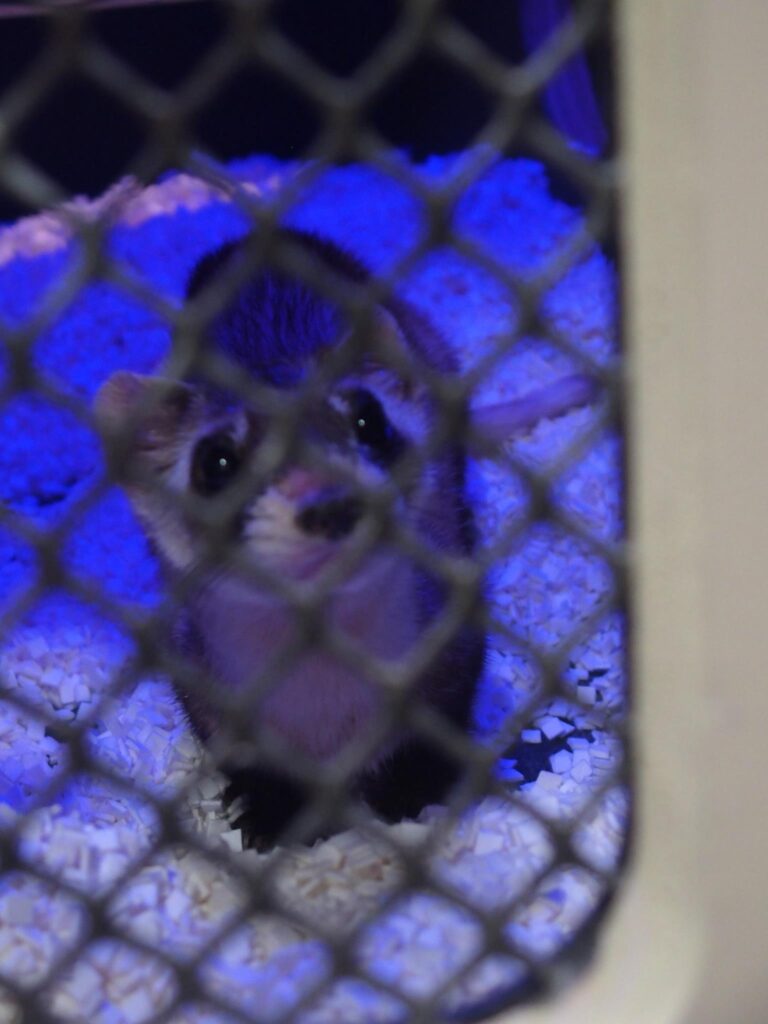 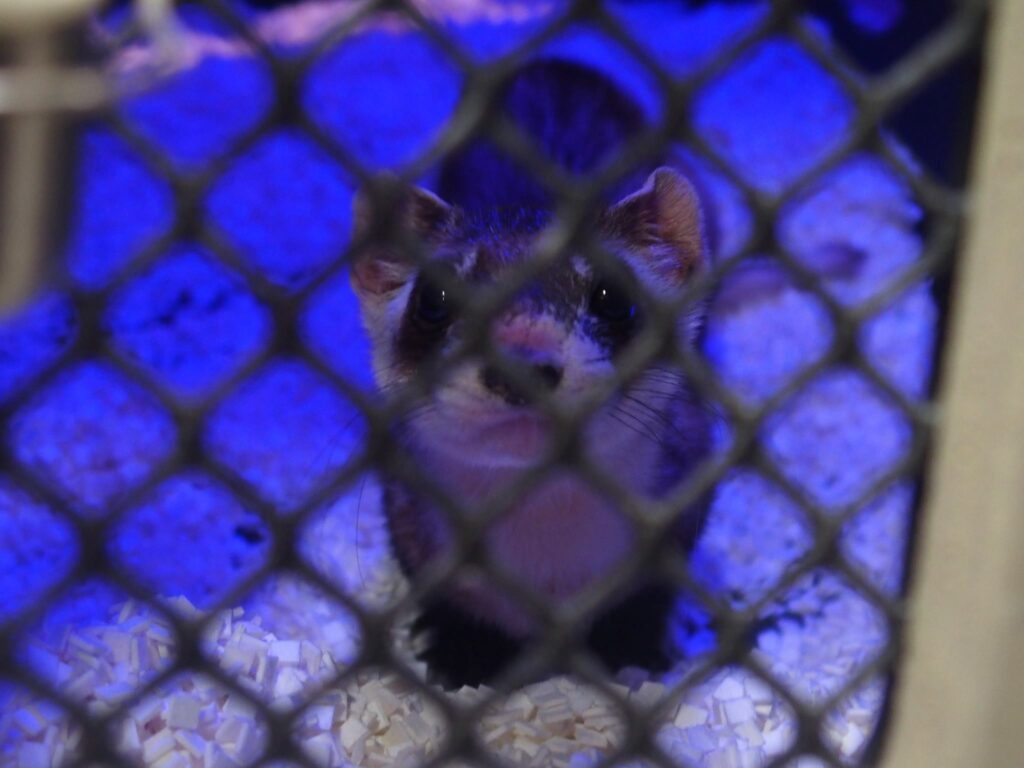 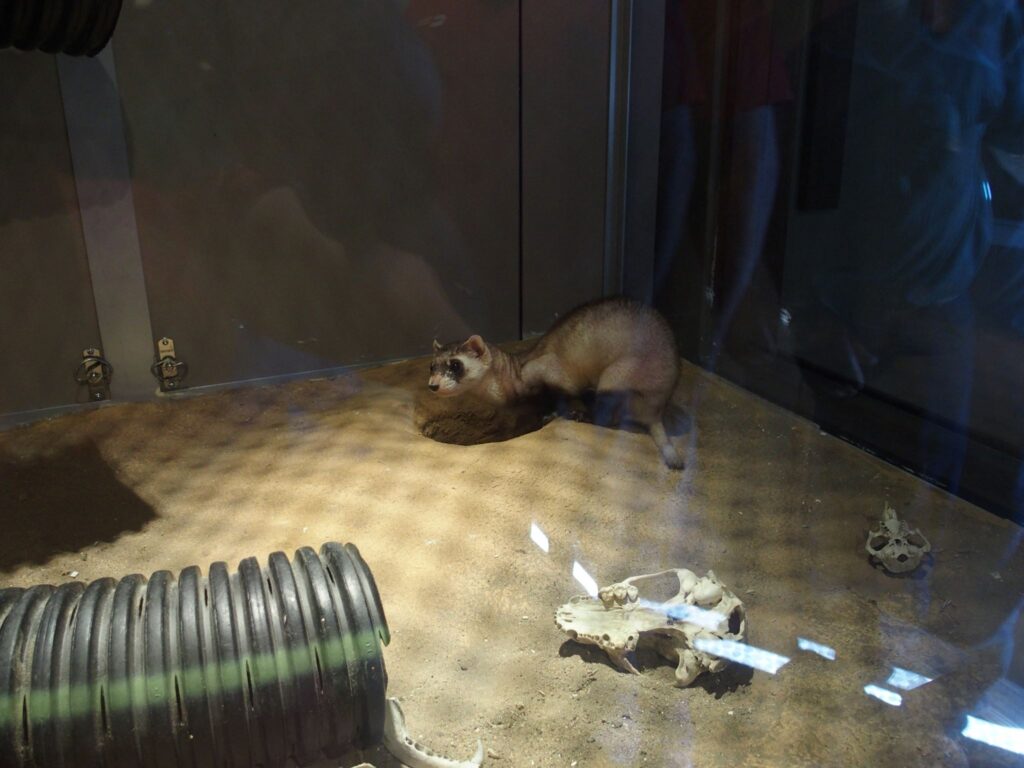 To find out more about the recovery of the black footed ferret, please check out:  www.blackfootedferret.org